The Way: A Documentary Review & Giveaway

There are few movies that can be called seminal works of art. For me, visions of Oliver Stone’s Platoon,  Spielberg’s Jaws or Coppola’s The Godfather come to mind. Stories whose characters grip us from the very first scenes.

Documentaries have their place as works of art too, telling true stories of people and places that can change the very way we perceive them. From controversial work like Fahrenheit 9/11 to the eye-opening work of Morgan Spurlock’s Super Size Me, documentaries have a way of bringing something seen as subculture to the mainstream. Think of the rise in natural living and eating sparked by the wave of insightful narratives like Food, Inc. and Forks over Knives. These masterful films bring us, the naive, a glimpse into a world we have little to no exposure to. Whether you’re interested in the dealings of the Bush Administration or what you’re serving your family for dinner – we look to documentaries to shed some light in an area where we are currently sitting in the dark.

Those few, whether it be a feature film or documentary stand out because of a few things, namely their characters, the narrative, and for me, most importantly – the desire to share the storyteller’s passion.

It was just after Christmas when I first heard of The Way, a documentary seeking funding to finish their first feature length project. The trailer spoke volumes. It was to be what seemed like, the definitive documentary about what is a lifestyle that many have chosen based on reading the Scriptures for themselves. Appropriately named, The Way, as it breaks down the lifestyle our Messiah lived; then known as “The Way”, is a story that we can all relate to in this walk. Its approach, both fair and balanced, showed a maturity lacking in most teachings available on the topic; that of the Hebrew Roots Movement. Even now, I shudder to think of the visions some of you might have at that very association. Be it Messianic Judaism, Hebrew or Christian Roots – they all come with some sort of contaminated aroma to them. Even the use of the word “movement” likely brings about visions of cults, not unlike the fictional cult on Hulu’s “The Path”.

Filmmakers and producers Luke & Kayte Abaffy set off to raise a modest $12,000 for their film to finish it. I say modest because if you know anything of the film industry, that’s “chump change”. The cost of feeding an A-lister’s ego for a week, perhaps. Many in the community, including this ministry, supported the campaign on Kickstarter and within days, the project was fully funded. To date, they raised over 300% of their initial goal. An amazing accomplishment for any campaign let alone a documentary and a religious one at that. With the extra funds, the couple set out to make their vision a reality with even more capital to help them tell the story.

As I understand it, with the extra funds they were able to travel and do additional filming and interviews. Those interviews ended up creating the narrative we have now in the final release. In addition, the production value was bumped significantly with a soundtrack that captures the emotions of the scenes you’re watching and, for this inspiring visual storyteller, improving the overall quality of the film with professional color grading and editing.

The Way does what many YouTube videos on the topic could not. Remove the anger and bitterness of their past Christian life and talk about a journey each one of us is facing today or have faced in the recent past. The problem I see in many online teachings is the problem we see in most-all secular teachings or movements. They’re pretty one-sided and the zealousness of their newly found insights are riddled with indictment and scorn for our former lives – and even loved ones. The first half of the film attempts to break down, quite simply, the way Jesus; Yeshua herein, lived his life.

Basic questions I think we all asked of ourselves and our church leaders are the framework for the introduction of the film. At its core  – the question being, “if we follow Yeshua; why don’t we live like him?” Not knowing how the filmmakers chose their subjects; those not in the “movement”, I applaud them for finding knowledgeable professionals in many walks of life. My personal favorite, the self-proclaimed Heathen / Wiccan Priestess. The wealth of information she presented was incredible. To sit and have a cup of coffee with her for an hour, wow. What struck me as the most fascinating, was the level of balance all parties interviewed expressed. Even those opposed to this way of viewing Scripture. Though a good deal of the information was known to us at the time of viewing, it was presented with more context, additional nuggets of information and a balanced point-of-view. Those who are in this walk, names like Brad Scott and personal friends of this ministry Zachary Bauer, Paul Nison, and Rob Skiba, all gave wonderfully mature testimonies. Testimonies of those you know have studied and surpassed the phases of bitterness and crossed-over into the life of simply sharing truth without resentment.

The second half of the film explores the underlying “phases” of this walk. Phases I’ve liken to the Five Stages of Grieving. Arthur Bailey also hints at one of his teachings, featured in our Getting Started section; Religious Traps of the Messianic Faith. That teaching alone should be required viewing for anyone interested in this walk. Powerful testimonies given by “everyday people”, former church leaders and professionals who left their friends and family in the Christian church. Testimonies like the one given by Debbie Smith-Bevan resonate with many of us, including many wives struggling to live this walk alone. Tear-jerking, to say the least.

Is The Way the messianic Citizen Kane? Does it’s use of professional cinematography and tear-jerking score make it THE documentary that will help change hearts and minds? To tell you the truth – I hope it will be! The optimist in me says the marketing and professionalism of this movie will help draw more people to watch it than a powerpoint YouTube video and a bitter commentator yelling about the pagan origins of … everything! The realist in me says; wait and see. Some people just aren’t ready for this message.

As a backer of this film, I’m pleased to report the investment was well worth it. Luke & Kayte did an incredible job of sharing their passion for Yeshua and the stories of those featured in the documentary mirror that of so many coming to this realization that the way we live our lives now, has little to do with how our Messiah lived his life then.

If there is one movie that can lead people to reading the Scriptures for themselves, I do believe The Way could be that movie. As a reader of this article, you can help by continuing to support the efforts of the filmmakers by purchasing a digital copy or a physical DVD to share with others.

We realize not everyone can spend upwards of $20 for a movie, let alone one that isn’t featuring comic book superheroes. And because of that, we’ve been gifted by Luke & Kayte five (5) free copies of the DVD to share with you, our audience (those in the U.S.)! International readers – One (1) digital copy will be given away to our friends aboard!

Starting Monday the 29th and ending September 2nd – you have the chance to win a copy of the DVD! Enter below by following the instructions and be sure to share this article on Facebook, Twitter, Snapchat, Instagram, Pinterest or if time allows carrier pigeon! Use the hashtag #TeshuvaTheWay when sharing this link!

Have you seen The Way? Share your thoughts on the movie in the comments and let us know how you plan to share the Good News of Yeshua’s message!

We’re excited to announce that we are partnering with our friends and producers of the excellent documentary, The Way. If you haven’t had a chance to see the film, we highly encourage you to do so! If you’re willing to wait a little longer – we have an chance for you to win a copy very soon! Stay tuned for the details in the coming days as we will have a video & updated post telling you how to enter for the giveaway!

The Way: A Documentary

“Tens of thousands of believers are leaving the church and redesigning their lives to look like the Messiah’s. Help us tell the story.”

“The Way” is a documentary that follows a grassroots movement of believers all over the world who’ve drastically redesigned their lives, after searching out answers to questions like: 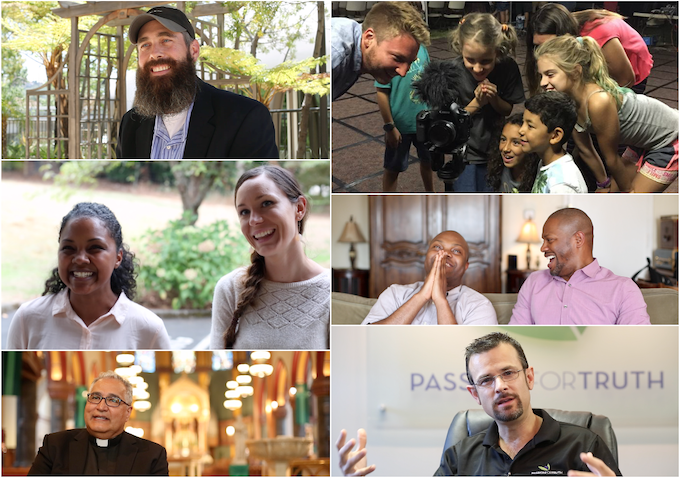 The people in this movement are re-learning what God loves, what His name is and what He wants from us. They’re relearning wrong from right and finally feeling like a “peculiar” people.

UPDATE: As of Monday December 28th – the project was FULLY funded with over $15,000 in backing! Way to go! We’ve submitted our support and will certainly ask to have it hosted on Teshuva’s website when it becomes available.

"Now the Bereans were of more noble character than the Thessalonians, for they received the message with great eagerness and examined the Scriptures every day to see if what Paul said was true." - Acts 17:11